The first theatre season at the Youth Theatre began on 30 April 1986 with the premiere of the stage performance “These incomprehensible old people” based on Svetlana Aleksievich’s documentary “The Unwomanly Face of War”. The performance was staged by the first theatre director (since 1985) Grigory Borovik. The minutes of the Theatre arts council show that Svetlana Aleksievich has highly appreciated the performance: “we are like-minded with the theatre”, “the theatre feels young people”. 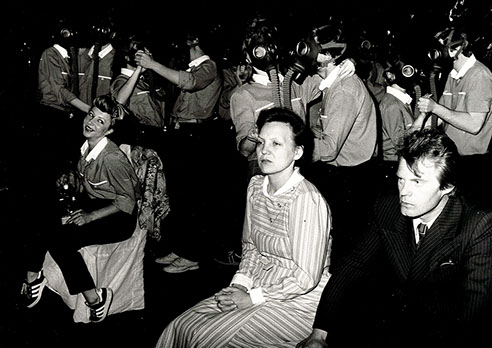 The first theatre directors of the Youth Theatre – Grigory Borovik (1985-1988), Boris Lutsenko (1988-1990), Vitaly Kotovitsky (1990–2003). Each of them came to the Youth Theatre with the professional background and artistic vision, but all together they defined the theatre development vector, found the ways for future creative searches of the troupe. 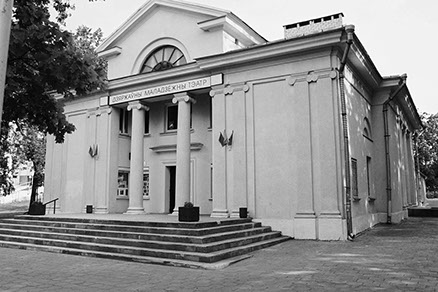 Since the end of the 1980th, the Youth Theatre has significantly expanded the geography of international creative contacts: the stage directors of Germany, France and the USA have staged performances at the theatre.

In March 1994, the opening of the Youth Theatre took place on Dauman Street, 1 with an experimental performance “His Dreams” (the stage director – V. Kotovitsky, the set designer – Z. Margolin) based on S. Dali’s book “The Secret Life of Salvador Dali, written by himself”.

In 2013, the theatre of modern choreography appeared as a part of the Belarusian State Youth Theatre under the guidance of the ballet master Dmitry Zalessky, who staged the plastique performances “Maturity” and “BRED day-to-day” at the Youth Theatre. Today Olga Skvortsova is the chief ballet master of the theatre of modern choreography. She is the author of such performances as “A substantive discussion”, “Bardo”, “This is not a movie” and the modern ballet “Whether spring is sacred…”. 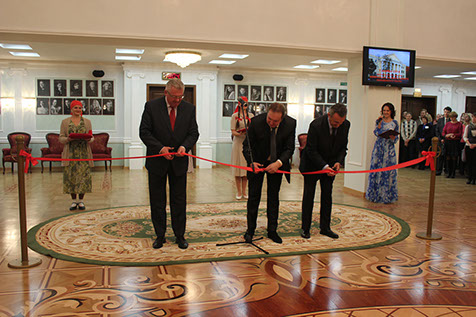 The Youth Theatre celebrated its 30th anniversary in a new building: on

7 November 2014, the grand opening of the theatre took place on Kozlova Street, 17.

The museum of the Belarusian State Youth Theatre, which acquaints guests of the theatre with its history in photos and letters, posters and programmes, newspaper clippings and festival brochures, diplomas and awards, was opened in January 2016. Besides, there you can see costume sketches, the set model and stage props.

The glass case of Sergey Zhuravl – the actor of the theatre and the People’s Artist of Belarus (2011), who has devoted 30 years of creative work to the Belarusian State Youth Theatre – has a special place in the exposition.

Moving to a new comfortable building contributed to the splash of the troupe creative energy for implementation of new theatre projects.

At the initiative of the actor Dmitry Bogoslavsky, one of the basements of the Youth Theatre was converted into the Small stage with 40 seats. The use of chamber experimental venues to create performances, unique in their atmosphere and artistic language, is one of the modern trends in the world theatre.

The Small stage of the Youth Theatre was opened in February 2016 with the performance “Sasha, take out the garbage” written by Natalia Vorozhbit and staged by Dmitry Bogoslavsky. Today the theatre has an opportunity to show three performances a day: in the Big hall, in the Small hall and on the Small stage. 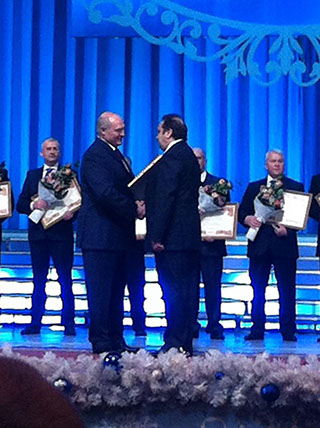 Over the years of work, the Youth Theatre has deserved love of the audience, attention of the theatre community, gained recognition of its achievements at the state level. According to the Decree of the President of the Republic of Belarus № 528 under date of 30 December 2015 “Concerning the special award of the President of the Republic of Belarus to the artists of 2015″, the staff of the Belarusian State Youth Theatre was awarded for the high creative achievements and a significant contribution to the development and promoting of the dramatic art.

The strong acting company, which theatre critics describe as an ensemble of creative individuals and professionals, provides success to the theatre. In the theatre work the Honored artists of the Republic of Belarus Alexander Sharov and Natalia Onishchenko, the masters of the stage awarded with the Francysk Skaryna Medal: Victor Vasilyev, Evgeny Ivkovich, Anna Laukhina, Konstantin Mikhalenko, Elena Khristich, Raisa Sidorchik, Sergey Sharangovich, Denis Parshin.

The team of the Youth Theatre, its audience and everyone who takes part in its destiny, continue to write the history of the theatre with each new premiere, festival presentation, tour, bought ticket, published comment. We are all united by the theatre – the Belarusian State Youth Theatre!