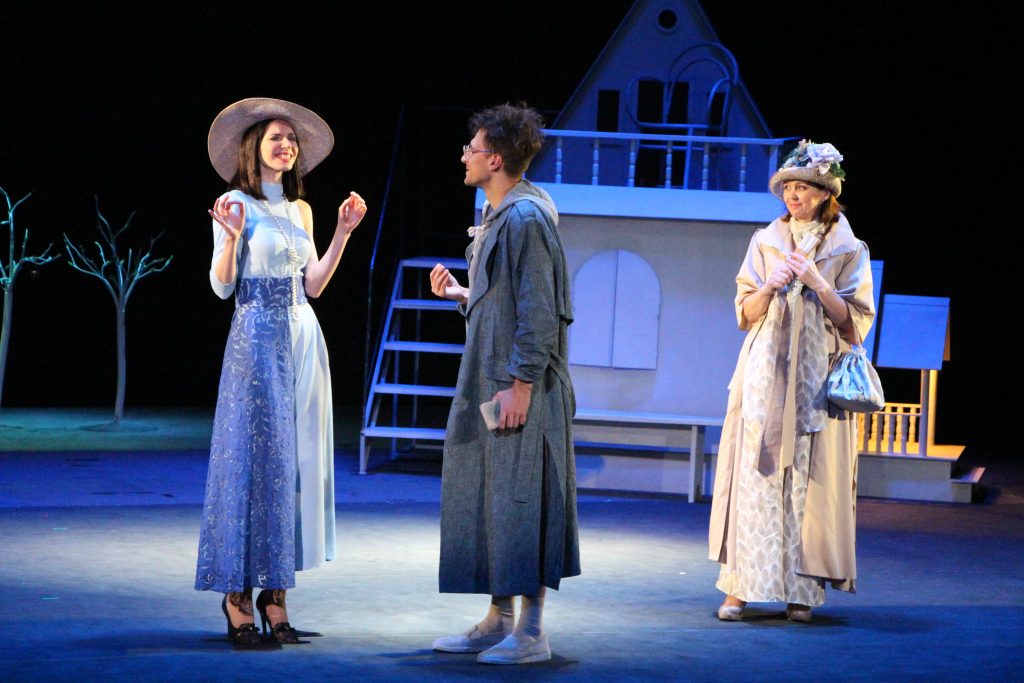 It would seem that a bride with a good dowry could marry easily. However, there are some difficulties in such a delicate matter.

The rich widow spends time in a summer house in attempts to attract the young officials having a rest in the neighbourhood. But another bride, young and beautiful, appears inopportunely in the summer village. The general patronizes her; he has his own motives to find a husband for the girl as quickly as possible.

“Rich brides” is the first in Belarus stage production of the play written by A.N. Ostrovsky, the great Russian playwright and reformer of the theatre. Comedy and melodrama intertwine in the performance, action alternates with zongs, which express the position of the creators of the play: love can’t be bought for money.

The one, who looks for happiness, will find it.